I’m excited to introduce our second contributor!  His name is Alex Gerald Mubvugwa, born and bred in Zimbabwe, he is now based in Cape Town.  Alex is currently doing his MTech in Consumer Science: Food and Nutrition.   He is passionate about food and culture.   He’ll be sharing stories, recipes and experiences……Please join me in welcoming him to the Mzansi Style Cuisine family!  This is his first post………

Life is not something that you can go to school for, it’s something that can be learned or achieved through the experiences that we undergo on our day to day interactions. What I have realised is that one must interact with people from different backgrounds, places and most importantly one needs to be exposed to different environments in order to get a better understanding of this process called life. However, the disadvantage of getting exposed to different environments, if one is not careful, is that too much exposure can lead to cultural erosion.

For me, I grew up in Masvingo, a town situated in south-eastern Zimbabwe which also is the capital of Masvingo Province.  Close by is a national monument called Great Zimbabwe from which the country takes its name.  I spent all my childhood in the province and attended both my primary and high school education there.  After completion of my advanced level studies, I got an opportunity to study Consumer Science: Food and Nutrition at Cape Peninsula University of Technology in Cape Town.

In December 2013, I visited my rural area in Renco Mine Masvingo which is a small mining town where villagers mostly rely on their farm produce especially maize, which is their staple food.  However, some of these villagers do not have cattle for them to plough their lands using an Ox-drawn plough.  What they do is that they prepare food and traditional beer so that they can invite a few families especially neighbours who have the Ox-drawn plough.  These families help in ploughing the lands and at the same time enjoy traditional meals and drinks. Fortunately during my vacation, I managed to attend one of those traditional functions called Doro remagejo (Beer for Ox-drawn ploughs).

In the morning of the day that the function was supposed to transpire, a goat was slaughtered and children went to pick some mushrooms in the forests, which were going to be prepared for us.  However, it was raining on that day as a result we had to wait until lands were dry enough to be ploughed.  It was therefore decided to feast  since the alcohol and other foods were going to go bad if they were to be kept for too long than necessary.

For breakfast, we consumed nhopi (mashed pumpkins), boiled & roasted mealies with either tea or mahewu, lunch was sadza ne huku (pap and road runner chicken), sadza nezondo, sadza nemaguru, traditional mushrooms and different assortments of vegetables such as ‘rape’, ‘covo’ and mufushwa (dried vegetables) amongst others.  And then later people had to finish the day by drinking gogamakonde/ umqombothi (7 days traditional beer), whilst the elders were telling chimurenga stories and jokes.

What I realised the most on that day with regard to the food and drinks that we consumed is that, people in the rural areas are more health conscious than those who live in the urban settings, even though they are not aware of it.  The thing is traditional foods and their methods of preparation make the food to be more nutritious than fast foods consumed in the city.

However, the problem country folks are facing is the way to preserve their foods and drinks so that they can as well be consumed at different times and seasons by people from all over the world. People out there have an interest in the foods and drinks but they are not well informed on the methods of preparations.

The day was more than just interesting, it was hilarious mixing and mingling with country folks whilst enjoying our cuisines!  Well, that is how I spent my December holidays.  I would like to hear about your experience, what did you do during the festive season? 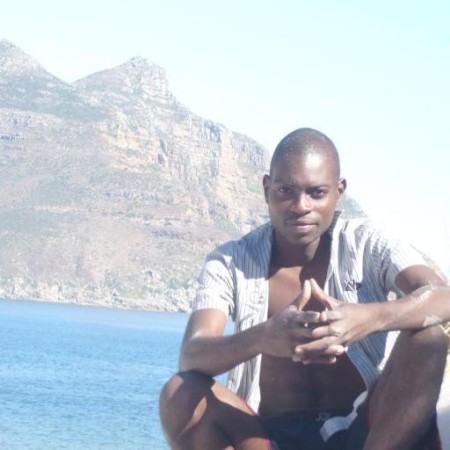